Considering how many variants of Monopoly we have around today, with practically every imaginable theme available, it’s quite curious to think of how this game became so popular. As we get closer to Christmas, there will be versions of the game which are right up our street, if you’ll excuse the old English idiom, whether playing with a physical board and pieces, or via the latest handheld mobile devices and gaming gadgets.

Whenever you ask anyone about board games they’ve played around a table with friends and family, you can be fairly certain that Monopoly will be high up the list, if not one of the most popular. Likewise, that popularity has remained constant because the game regularly been reupdated and in some instances, almost reinvented to suit changing times and cultural influences. Not bad for a game which actually began life as a political statement.

History and Concept of Monopoly

Back in 1903 a political activist named Lizzie Magie devised The Landlords Game, which was intended to demonstrate her political and economic beliefs. She was a keen supporter of social and economic reforms, including fairer systems of taxation on land, aimed at distributing wealth more evenly, thus combating monopolies during an increasingly industrialized era. The original game itself was aimed as an educational tool for sharing these ideals.

Magie actually created two versions of her game, albeit both using a similar board and based around property development. One was the anti-monopolist version sharing her own ideals, whereby players were rewarded for sharing their in-game wealth. The other was the monopolist version, embracing capitalist ideals as players aimed to bankrupt opponents and dominate the game. Needless to say, the latter is the version which evolved into the Monopoly game we know today. The Monopoly name was actually coined by Charles Todd of Philadelphia, with his own variant of the game. After buying the rights to both his and Magie’s versions of the game concepts, Parker Brothers then released Monopoly in 1935, using the street names of Atlantic City, New Jersey, as the locations placed around the board. In subsequent years, they would license the game outside the United States, most notably to Waddingtons in the United Kingdom.

Over the following decades, the only real difference between different locations of Monopoly were the locations, as new editions were released using street names of various cities around the world. After they acquired Parker Brothers in 1991, Hasbro began taking Monopoly in a whole new direction, with versions based around movies and TV shows, along with many other areas of popular culture such as music and arts.

Monopoly in the Digital and Online Age

Considering the fact there are board game versions of Monopoly themed around video games, such as Fallout or Call of Duty, it’s hardly surprising the game itself has also developed a strong presence online. Early digital versions of Monopoly were released by Hasbro back in the 1990’s, featuring cute animations of the habitual playing pieces and game artwork. Other versions have also appeared online via the internet and as mobile apps.

Classic board and table games making the offline to online switch has boomed, with countless games having reached an entirely new audience. Traditional multiplayer boardgames like Scrabble have now transitioned online allowing players from different parts of the world to go head-to-head. Another industry that has successfully implemented their games online is the casino industry, with many traditional casino table games now available online. This industry has seen a large market growth in the last couple of years, especially in the USA where several states have recently passed laws to legalize online gambling including online casinos. With the casino industry transitioning online and the legalization of online casinos in several states, many people have now been able to access their favourite casino games like poker and blackjack at their own convenience instead of visiting a land-based casino. This is a similar aspect to boardgames transitioning online and people now being able to verse their long-distanced friends.

Designed around the iconic festive movie starring Will Ferrell, a festive version of Monopoly has been based around Elf and the character adventuring around Manhattan. Designed and released by The Op Usaopoly, this version features memorable and favorite characters from the movie, along with all the wittiest quotes. Other tweaks include Christmas Cheer and Christmas Spirit cards, instead of the traditional Community Chest and Chance cards.

Given how simple and flexible the original game design is, Monopoly is perhaps one of the easiest board games around to adapt for different themes. Popular TV shows have adaptations, including Netflix hit Stranger Things, AMC zombie serial The Walking Dead, and of course, HBO blockbuster Game of Thrones. Classic cartoon character Scooby-Doo has a wacky version of Monopoly, as do The Simpsons with fictional Springfield lending its street names to the game board. 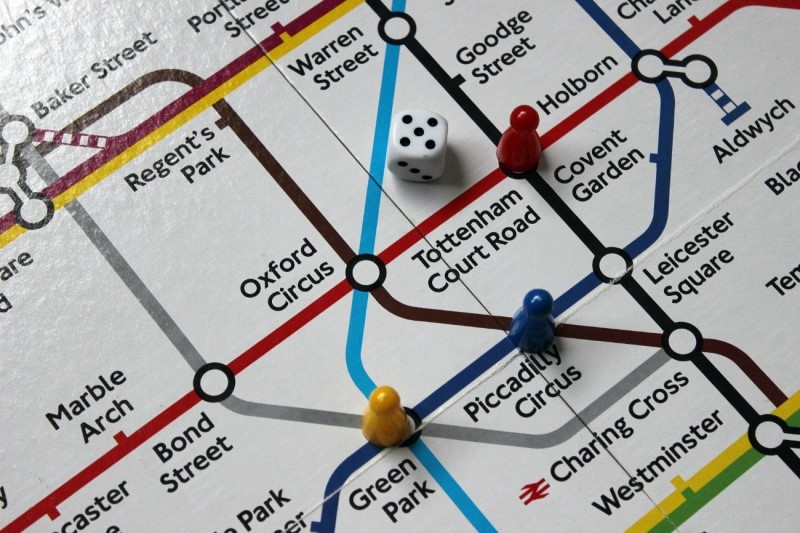 Monopoly in the Future

When you have a great concept and one that’s easy to adapt, quite literally anything is possible. Social gaming is arguably more popular than ever before, especially in the modern world with high-speed internet and mobile connections, allowing us to jump online and play games with anyone in an instant. Although sitting around a table to play games might not be as popular today, that hasn’t prevented us from playing classic board and table games online.

The beauty of Monopoly is the simple fact that it has evolved, particularly as part of Hasbro, who have managed to identify ways the game can always reach new audiences. Matching the original Monopoly concept with themes we love in popular culture, that’s quite a masterstroke that will ensure the game remains relevant for years to come, always keeping us entertained whether we’re playing alone or socially with groups of friends. As such, it’s likely this amazing game will always be around on one form or another.