GAME INFO:
When you think the kingdom is finally safe, a second great exodus of slime monsters is moving ward to the gate. The king and people need your brain & bravery once again to stop them at all costs! Now with some new armed towers, we're unbreakable!

Slime is everywhere and it's time to stop it. There is only one route which they use for relocation. You need to place towers on the borders of that road and kill them before they reach the destination point. Just select a type of tower to build and spend resources. Make a wise choice as towers are effective against certain types of units.

Slime Rush 2 is a tower defense type game in which you are to strategically place defensive towers to destroy all of the incoming waves of enemies. 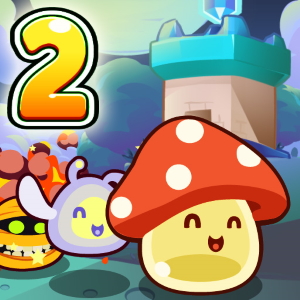