The PlayStation 5 console is just around the corner, and we have the latest most awaited adventure games to help you make the most of the numerous new features. According to PlayStation's main website, the console will perform smoothly, providing fast responses thanks to the lightning-fast SSD cards. What's even more exciting is that Ps5 game developers will have more control over data. Gamers should therefore anticipate a surreal gaming experience they’ve never had before.

Even better, the technology used in the console facilitates the output of 8k pictures, not forgetting the HDR support that will ensure gamers get a realistic experience. The ray-tracing technology will deliver practical reflections and shadows, advancing gaming to the next level. It’s almost nerve-wracking to imagine the visuals and effects of PS5 adventure games. With a complete guide to playing modern adventure games, even newbies can have the time of their life with PS5. Read on to find out the best upcoming adventure games.

Top of our list is the Returnal, which is one of Ps5's most awaited games. The game is an adventure elite that will take you through a fantastic journey on an alien planet. The playing character, Selene, is a female astronaut who strives to survive throughout her mission in the statically changing world. Selene has to learn new strategies and master new weapons to survive the hostile environment.

The game is a technological masterpiece that refreshes the player's inventory whenever she dies and starts her journey afresh. The weaponry appears complicated, and you should prepare for glowing creatures who are a constant challenge in the game. Selene's story systematically unfolds as the player advances to higher levels. We know that the game will be played on the PlayStation 5 console, although Sony has not announced the official launching date. 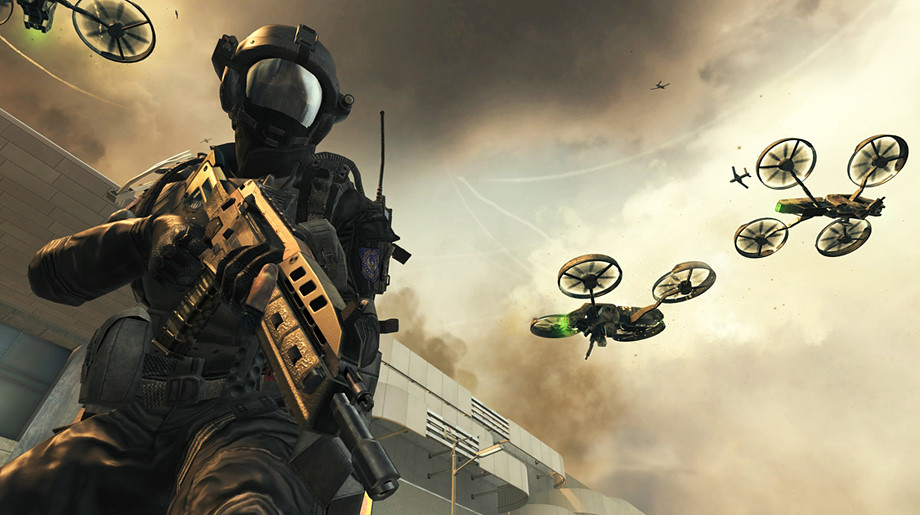 On 16th September this year, Sony revealed some of the games coming to PlayStation 5, among which COD couldn't miss. The game's story is set during the cold war when a CIA team is taken to Trabzon Airfield in Turkey. The mission is to clear the runway and take control of an attack.

The game gives you the experience of being in a real war zone where explosions and flying bullets ripple through the air incessantly. The COD developers revealed that the game will also have a zombie zone like other Black Ops games. PlayStation 4 gamers were also considered, and a PS4 version will be available. Players will have access to various maps and gaming modes, which makes the game an adventurous infimum.

The Horizon Zero Dawn story continues through this PS5 masterpiece. Its gameplay will mostly be underwater, as suggested by the trailer. The open-world game is set in the far-future age of America. Aloy continues her pursuit into the wilds, fighting human and machine enemies in her world's post-apocalypse era.

The game is full of adventure, from the new lands, machinery, and new tribes. However, it is more than just adventure, as Aloy has to redeem her world by building alliances while retaining old friends. She is also on a mission to unveil the ravaged planet's history and prevent it from being consumed by another disaster. Apart from being armed with weapons derived from parts of machines, the player can also set traps. The game's official launching date is yet to be announced.

Project Athia is a perfect combination of fear and beauty, thanks to the numerous benefits accrued from PS5's latest technology allowing developers to defy limits. Project Athia is a project of the subsidiary Luminous Productions, under Square Enix. The developer is well known for developing cutting-edge fantastic games.

The game is set in a natural environment, although the enemies are beast-like. The main character, who is a lady, has supernatural powers, as evident from her ability to jump long distances. The gaming interface is an open world, that allows the gamer to venture into the environs freely. You might consider checking out Final Fantasy XV, which is a previous project of the developers.

The speculated release date is sometime in 2021. This game will only be available for PS5 and PC users. However, it is more specific to PS5; hence, you should opt for the PS5 version if possible. We are not sure whether the final title will have Athia, but the trailer revealed this as the working title.

Kena is one of the highly anticipated games and it stirred an incredible response during Sony's reveal in June. The game's playing character is a troubled young lady whose mission is to be the redeemer of disturbed spirits. From the speaking voice in the game, the lady seems to be a successor of powerful ancestors who served the same mission over and over. The player is equipped with a glowing bow. Kena’s story begins in an abandoned village homed by a forsaken community. The lead character meets two young spirits, Saiya and Beni, and helps them save their brother's spirit, Taro. According to the Epic Games' developers, the game will be released in 2021.